This HTML5 game is used to support teaching of full stops 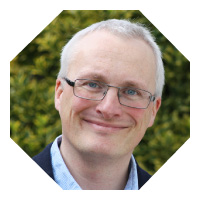 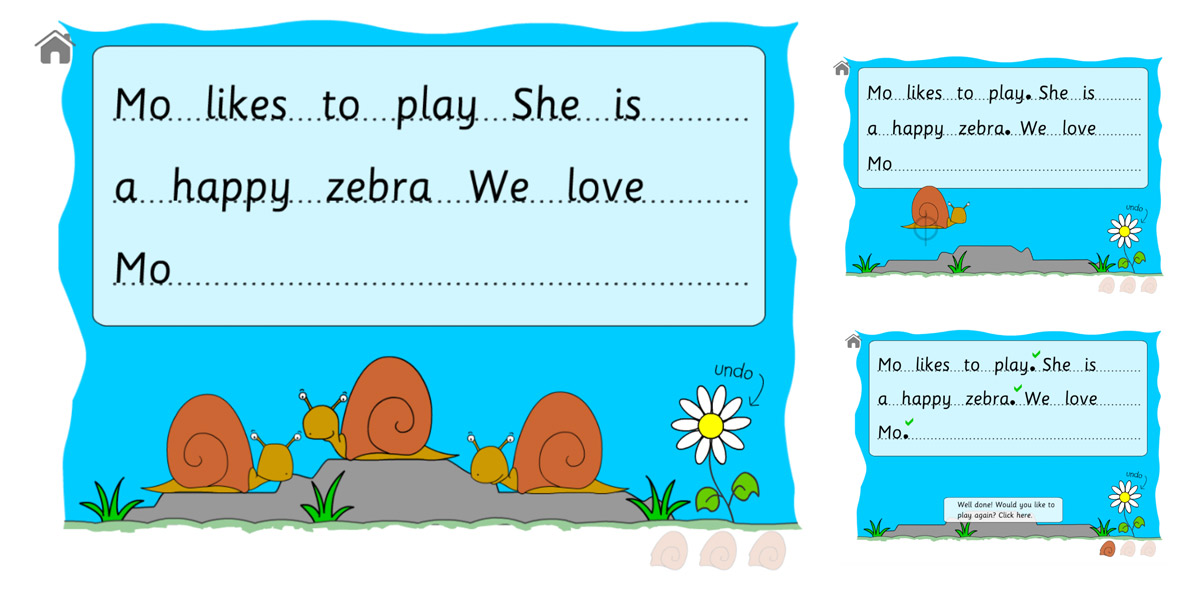 This HTML5 game was developed to support the teaching of full stops in the UK. It is a very simple drag and drop game that is fun and engaging to play for the target audience of 5 to 7 year olds who are learning basic grammar.

Originally the game was developed in Flash and was converted into HTML5 to ensure that the game could make the most out of the shift in customer behaviour from using desktops to using tablet devices in the classroom.

As game developers we love the fact that HTML5 means the game can be played either on tablets, desktops and even interactive whiteboards. This is all done using one code base and is mostly composed of Javascript.

This particular HTML5 game is part of a series of full stop games that have introduced more than 2,000 new users to its parent website in the past 12 months. Due to its popularity, the game is currently ranked very highly for the keyword phrase - full stop games.

It’s a drag and drop game where players drag the animated snails to where the full stop should be, when they drop the snails they turn into full stops. To help the children locate the snails into the correct position each snails comes with a target which appears when the snail is being dragged.

Each of the snails has their own personality and is animated in a different way. The snails were drawn from scratch and are part of the simple character design and animation that Fort can offer as part of our game developer service.

There are three rounds per game and players can check their progress by using the scoreboard at the bottom of the screen. The game automatically marks the player’s answers when it detects that a round has finished. If there are any wrong answers then the appropriate snail is thrown back into play again. At the end of the HTML5 game it can be reset for playing again.

As with all HTML5 games, sound is only engaged after there has been a touch event. The game comes with a bundle of sound effects including sounds for the spinning of the snails, undoing their last answer, success and failure as-well-as a nature type ambience sound. As professional game developers, Fort can source a wide range of different sound effects for your HTML5 game.

The words nicely animate onto the screen using an ease effect on their alpha property so they appear gracefully into play one after each other.

The game will automatically resize the best size for the screen that it is being played on.

When the HTML5 game is in play, the player has the option of clicking / touching the flower to undo their last answer - perfect for experimenting with where to drag and drop a snail.

As game developers of simple 2D games like this one, we’d be happy to discuss how we could build something similar for you. We’re based in Cornwall but we would be happy to work with you wherever you may be.